Street artist CRISP, renowned for his sought-after concrete Terracotta Trooper sculptures (that often get stolen from their street art locations) and digital art legends VANDAL, have teamed up for an exclusive release of Stormtrooper and Terracotta warrior inspired NFTs in the Metallurgy Concrete Trooper Series. 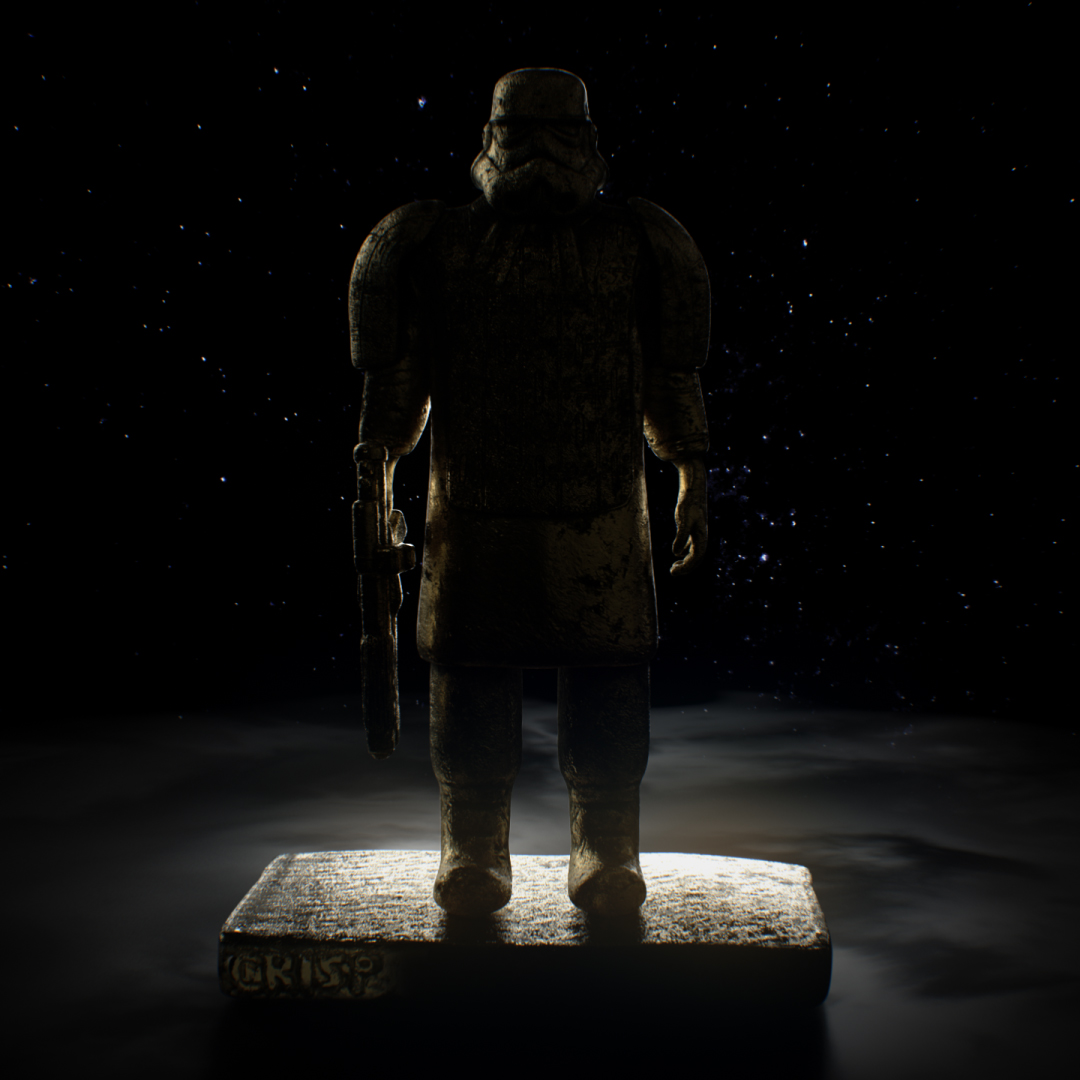 Finding a connection between his Chinese heritage playing with Terracotta Warriors as a child, and his love for the Star Wars universe, CRISP began to create a series of Star Wars ‘art mashups’, that marry his evolving art practice and the franchise’s iconic Stormtrooper character. His latest work, partnered with VANDAL, sees this evolution as his first ever NFT. 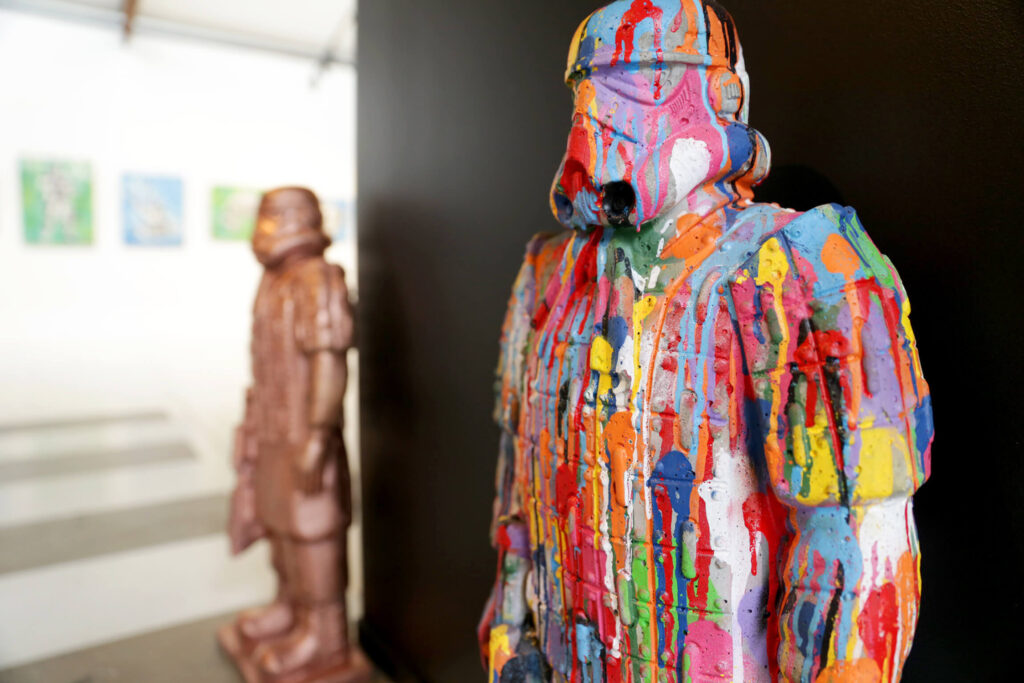 If you’re not familiar with NFTs (or non-fungible tokens), they’re a relatively new form of artwork that lives online. Bought with cryptocurrency like Bitcoin or Ethereum, and sold in an online auction, artists and celebrities alike have joined in the selling of NFTs and seen crazy results (‘The First 5000 Days’ is an NFT by Beeple that was sold for $69 million). It’s also a great way to allow relatively boundaryless access to the work. In an interview with Street Art NYC, CRISP states: 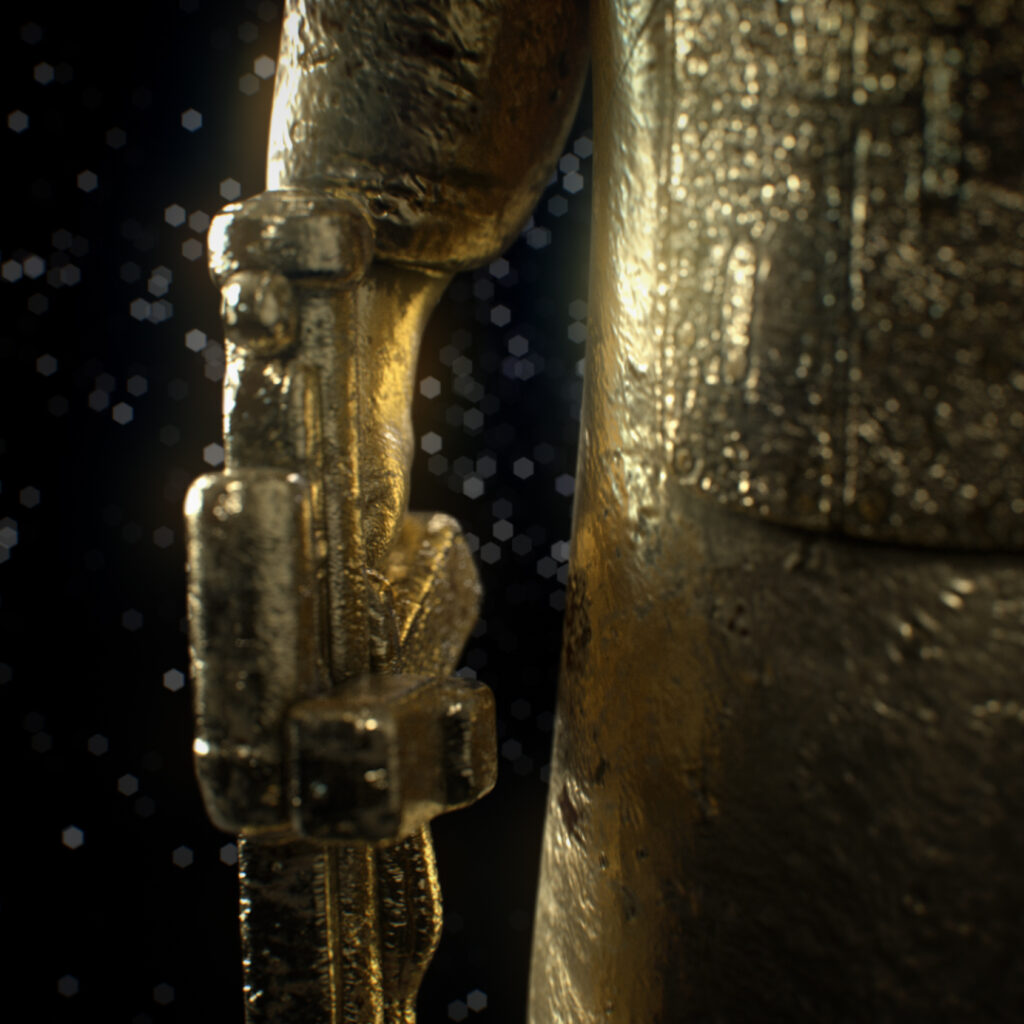 “I love the idea of sharing my work with a wider audience, without the limitations galleries and internal private spaces impose.”

Born from a history of playing with Star Wars figurines as a kid and experimenting with materials like concrete, rhinestones, and graffiti, CRISP’s work feels both distinctly unique and consistent with the Star Wars universe. His latest work embodies this fusion of worlds with his signature concrete terratroopers literally coming to life in the metaverse. Well…not literally – digitally.

The Series 1 Release of the Metallurgy Concrete Trooper Series as NFTs, available in Rebel Gold, Imperial Silver or Jedi Bronze, is a perfect collectible for any Star Wars fan. It depicts the Concrete Trooper blasting the screen of your digital device with an E-11 Blaster Rifle, to accompanying audio inspired by CRISP’s Chinese heritage – his experience playing with Chinese Terracotta Warriors merges with the iconic sound of the Blaster Rifle. Among an online abyss littered with NFTs, why not buy one that has a real world companion notorious for cropping up in cities across the globe? It’s like the R2-D2 to your C-3P0.

Purchasing a limited edition Metallurgy Concrete Trooper as a digital artwork NFT gives the buyer a special connection to the artist and allows the astute digital art collector to add Metallurgy Troopers to their NFT collection. But, mostly, the draw is to buy something unique – a collectors item. With the 50 year anniversary of Lucasfilm coming to a close, what better way to round out the year than with your very own, exclusive, one of a kind collectible?

CRISP and VANDAL’s first collab, “Dislocation” saw them break their own record for the most amount of artworks sold at an exhibition at the time, so if that’s any indication of the appeal of CRISP’s Concrete Troopers, we all better start bidding now. Head on over to foundation.app/@vandal, to get an exclusive piece inspired by the Star Wars universe with the Concrete Trooper NFT. And luckily for you (and for CRISP), it can’t be stolen in the street like those pesky real life versions.